Sounds of the Mountains is a not for profit community licensed and DGR Registered radio station covering the Snowy Valleys and Cootamundra-Gundagai Regional Council areas.  The station operates 24 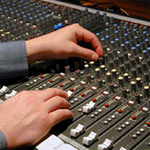 hours a day and is staffed by a combination of paid and volunteer locals.

The station’s volunteers make up over 80% of the team at Sounds of the Mountains and through their invaluable assistance the station operates 24 hours a day.

The radio station is the locally recognised electronic medium for the immediate dissemination and distribution of emergency information. This role covers everything from bushfire alerts, snow-affected highways and roads to floods and severe thunderstorm warnings.

Along these lines, the station has the proven reputation of broadcasting live from the studios or the location of the emergency 24 hours a day in case of an emergency event, such as a bushfire threatening life and property around the South West Slopes/Riverina Highlands region. The station also provides local programming and emergency broadcasting services to Radio Upper Murray 3RUM based in Walwa with studios in Tumbarumba and Corryong

Frequent and relevant local and nationally-focused interviews are also a major part of the daily programming of the station.

Sounds of the Mountains history dates back to 2001 when the Tumut Shire Youth Council made a request for a community based radio station. After the possibility of a station was confirmed, the Montreal Community Theatre ‘Radio Steering Committee’ was formed.

At this time Dave Eisenhauer joined the steering committee to coordinate the building, engineering and general compliance-based and local community-based implementation of the broadcasting services licence.

A Temporary Community Broadcasting Licence was granted, Sounds of the Mountains station and studio complex was completed, and then began full time transmission on the 3rd of August 2003. A permanent broadcast licence application was submitted in June 2004 less than 10 months after the commencement of the stations operation.

On the 16 October 2004, Sounds of The Mountains 2TVR was officially licensed by the then Australian Broadcasting Authority (now the Australian Communications and Media Authority) as a full time ‘general’ category community radio station.

The main studios are based in the township of Tumut – located on the northern side of the Snowy Mountains – with 20 watt translators located in Talbingo, Adelong and Gundagai operating on FM 94.1 and FM 94.3 which receive program signal from the main transmission site FM 96.3

The service operates its main transmission facility from a mountain range elevation 829 metres close to Tumut and covers almost all of the major locations and townships of the Tumut and Gundagai. We are always working on ways of improving reception to those areas which do not receive local programming.

Through initial assistance from Emergency Management Australia, the station operates a fully equipped mobile studio/remote emergency broadcast unit and has back-up power available at all transmission sites throughout the region. 2TVR broadcasts continuously 24 hours a day to potentially just under 20 000 local listeners throughout its broadcasting region.

It has always been the aim of the station to provide a readily accessible medium to the residents of the region so that both the Tumut and Gundagai districts have a truly local radio station. The intention is to encourage as many volunteers as possible to experience live radio in a community atmosphere and to increase the exposure of the local community and community organisations and allow them the opportunity to have an input into the selection and provision of programming and activities on the air. 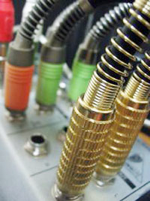 We are extremely grateful for the support of local, regional and national sponsors and the committed and dedicated team of volunteers both on and off the air who make the station what it is today

While we are by no means the most advanced state of the art operation, the equipment we use is reliable and has proven its worth for over 17 years of continuous uninterrupted broadcasting. Every site we operate from has emergency power available for those times of power outage and each site is monitored remotely 24 hours a day with transmission redundancy a major feature. We have planned professional maintenance programs occurring regularly and this has proven to be an essential resource for the continuous operation of the stations studio and transmitter network.

We also operate our own weather station network as the local region has no official government automatic weather station (AWS) Our frequently updated Davis Weather data is freely used by various organisations across the region for their business and community activities. The nearest AWS is either Wagga Wagga or Young.

We also operate a locally based weather camera network on our own wireless network to enable us and other organisations to ‘see’ what is happening with local weather conditions including watching the region for signs of smoke during the bushfire season.

News From the Montreal

Stay in Touch via Social Networks